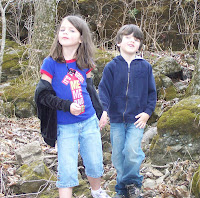 I don't know where Zion learned the phrase "Oh my God!", but it has become an obsession of sorts. He says it all the time. I have told him to say "oh my goodness" or "oh my gosh", but it is hard for him to change once he gets into a habit.

The other day he had to have a tooth extracted. We took him to a pediatric dentist because we thought they would put him to sleep while doing the surgery. We found out later they didn't. He did well because he didn't know what was coming. We then had to take him back two weeks later to get the spacer put in so the permanent tooth could grow into that space. Well, this time he knew what was coming. He had been here before and was very anxious over what was going to happen. Jason was not allowed back and actually had to sign a release for them to strap him to the table. When he was done he was traumatized. Jason told me later that all Zion could say was "Oh my God! Oh my God!" over and over. Now when an exciting or anxious event happens Zion starts reciting his "Oh my God!".

Anyway, I think I am making an impression on him. I have told him so many times to not use "God", but use "goodness or gosh" that I think he started thinking about why he shouldn't say that. About fifteen minutes ago he came up out of the blue and asked me: "Mom, Who is God?"

I told him he is "the guy who made you and lives in heaven". I had to make God something that he could touch because he is so factual and concrete he would not have understood the idea of an invisible creator who also lives in your heart. I think this is difficult for Hannah to understand, let alone Zion, who has to see everything to believe.

Anyway, I know that Zion is probably more in tune with the world and the spirit than I am. He is so sensitive to the things that God has made. He sees a leaf blowing down the road or smells flowers when they first bloom...He feels things that I can't. He is in tune with God's creation. Do I really need to explain to him something that he will never be able to grasp?
Posted by Zion's Mom at 1:59 PM No comments:

I am posting this because I am excited about the future of this kids writing. He has started a blog on how a sibling of a child with autism thinks and lives. This is really touching and I just felt so connected with him.

I think we have been different than most families regarding autism. Hannah and Zion have a unique relationship. In the beginning Zion would not play with Hannah. She had to teach him. I could hear her through the door saying, "Zion do you want to play with barbies? Zion say yes." And because he took commands at the time he would sit there and hold the barbie while Hannah made up all the dialogue. It was actually pretty funny. But I am so thankful for her and how she taught him how to play with her. Now she is his best friend.

It is so hard for siblings of children with Autism. I really believe they miss out on a lot of stuff, because parents are focusing so much on the child with Autism. Hannah sees therapists come in and "play" with Zion. She wants to play with them. She doesn't understand the ideas behind the play. Anyway, this blog is written well and a wonderful, realistic view of how a sibling feels.

To read the blog click here:
http://www.autismfile.com/papers/charlies_world.asp
Posted by Zion's Mom at 10:54 PM No comments: