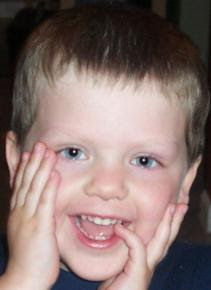 In many ways, Zion is a normal boy. He loves to run, climb, and play. He enjoys stacking blocks and doing puzzles just like many of his toddler peers. Unlike his peers, however, Zion does not seem to be interested in laughing and playing with other kids. Instead, he “zones out” while looking at an aquarium or playing with a string of beads. In unfamiliar situations or new places, he becomes quite uncomfortable. Sometimes he hides his eyes or lies on the floor, sometimes he breaks out into a full tantrum. Also unlike most of his peers, Zion has difficulty communicating. At age three, he only speaks a handful of words and often confuses their context. Sometimes it seems like he is in his own world in some far off place. Other times, it seems like his brain is not “wired” correctly to handle everyday word associations and social cues. Many of Zion’s challenges started as subtle idiosyncrasies during his second year of life, but became noticeable enough that he was diagnosed with Autism at 32 months. We are now on a quest to learn everything we can about Autism and its treatment. In just a few short months, Zion has made great strides with the help of various therapists – one of the most valuable being is his own mom who has regularly scheduled “therapy” sessions several times each day. Zion is speaking new words every day. He starts public preschool this fall and our hope is that he will someday participate in a normal classroom environment. For now, though, we are taking one day at a time as we celebrate small victories like hearing Zion say “mama” in the right context or a trip outside the house without meltdown.
Posted by Zion's Mom at 6:20 PM